The Q5 no longer needs introduction. It’s been a real commercial success for the four-ring manufacturer since it went into production in 2008, and that’s understandable; from the first generation, it simply offered the best that Audi could offer at the time. State-of-the-art technology, top performance, unparalleled comfort and craftsmanship: the Q5 had everything it took to win over the compact luxury SUV enthusiast. However, some might find it visually lacking in sportiness as a classic SUV, especially nowadays when compared to the BMW X4 and Mercedes-Benz GLC Coupe. But their criticisms have been heard by the Ingolstadt-based manufacturer, which has just announced that the coupe variants of the Q5 will be available in 2021 and the SQ5 later on. Audi Blainville, your Audi dealer of choice in the city of the same name, is proud to present below all known information on the new 2021 Audi Q5 Sportback and SQ5 Sportback, including about pricing and release date!

The biggest change is without a doubt the new exterior profile of this new Sportback version of the 2021 Audi Q5, and for good reason: it transforms the latter into an SUV coupe! The front end is very similar to that of the regular Q5 with ultra-beveled headlights and a very airy Singleframe grille, except for its “Rhombus”-style apertures that are reminiscent of the ultra sporty Audi RS. This adds an extra touch of athleticism that’s very appealing! On the sides, the curved wings contrast beautifully with the hollowed-out door bottoms to bring out the natural musculature of this very special Q5.

For all that, it’s from the side that the 2021 Q5 Sportback and 2021 SQ5 Sportback will stand out the most from the “civilian” versions of the four-ring SUV. Indeed, the side glass surfaces are smaller on this new coupe version of the Q5, while its roof sharply slopes down toward the rear. The stern of the 2021 Q5 receives new OLED headlights with angular lines very similar to those of the “standard” 2021 Q5. Finally, the new Q5 “coupe” adopts a rear bumper with a diffuser that gives the whole thing an undeniable sporty look. The SQ5 Sportback, which will arrive later, will be even more aggressive, complementing the design with elements characteristic of the Audi S, including aluminum exterior mirrors and the iconic dual exhaust tailpipes. One thing’s for sure though, the entire 2021 Q5 Sportback lineup will shine when it becomes available in Quebec!

Powertrains: an identical offering to the traditional Q5, which remains very dynamic.

While the exterior design of the 2021 Q5 Sportback differs greatly from the “standard” 2021 Q5, there are no mechanical differences. Does this mean that the available engines are bland? Not at all! In fact, the Q5 Sportback will receive the same engines as its traditional counterpart, praised for their incredible liveliness. The new 2021 Q5 “coupe” will be available with the venerable 2.0L turbo four-cylinder engine, with 248 hp for a maximum torque of 273 lb-ft, or with the powerful and eco-efficient TFSI e hybrid powertrain. The latter, thanks to an additional electrical unit located in the transmission and a 14.1 kWh battery, will give you a total of 362 horsepower and 369 lb-ft of torque. Who said hybrids are lazy? Certainly not Audi Canada! Either way, you’ll get invigorating acceleration in any condition, thanks to the seven-speed dual-clutch transmission and all-wheel drive, both standard.

However, if you want to get the most out of the Q5 Sportback lineup’s sportiness, you’ll have to turn to the 2021 Audi SQ5 Sportback. Although its exact technical specifications are not yet known, we already know that it will house a 3.0-litre V6 engine, just like on the “standard” 2021 SQ5. This engine is expected to deliver similar performance than on the “conventional” SQ5, and will be equipped with an eight-speed automatic transmission. Likewise, the SQ5 Sportback will most likely also be equipped with the quattro drive, just like its regular bodied counterpart. However, the Ingolstadt-based manufacturer has also taken the technical side of things a step further: all 2021 Q5 Sportback models are sure to be ultra performers!

A cabin about which little is known, but which promises the same luxury as the normal Q5.

Finally, the interior of the 2021 Q5 Sportback. On this last chapter, the Canadian branch of the brand with the rings remained discreet. However, according to Audi Canada, this interior is identical to the normal version, and in this sense features the third-generation of the MIB infotainment system.

As for the equipment that this new variant will carry, that’s still the big mystery. However, it’s a safe bet that, once again, the 2021 Q5 Sportback will share a number of innovations with the rest of the lineup. So we’ll have to wait for Audi to provide more information on the subject. However, the new Q5 Coupe will certainly offer a level of luxury and comfort at least equal to that of the standard model when it becomes available between Blainville and the Laurentians.

Even more aggressive lines, state-of-the-art technical specifications, and refinement that will surely be at the same level as the SUV variant: the 2021 Audi Q5 Sportback seems to be on the way to achieving the same success as the standard Q5! And Audi makes no secret of the fact that the Sportback version should eventually account for about a third of Q5 sales. As for its availability, it should arrive in our regions in the second quarter of 2021. The price list will be unveiled just before it’s released in Canada. However, nothing prevents you from coming to see us at Audi Blainville, your Audi dealer located in the city of the same name! We may then have more information about the exact release date and prices of the new 2021 Audi Q5 Sportback. We look forward to seeing you soon at the dealership! 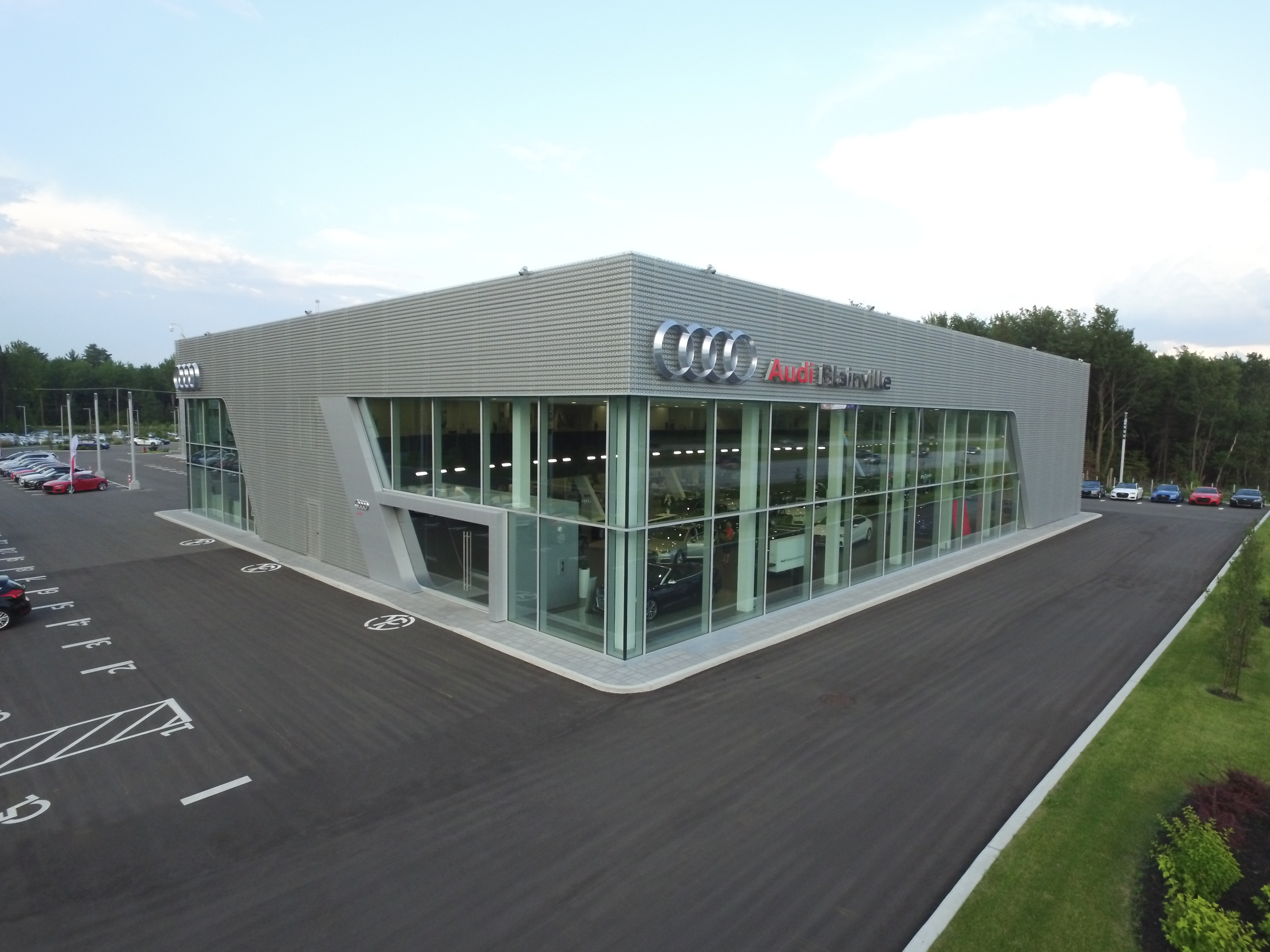